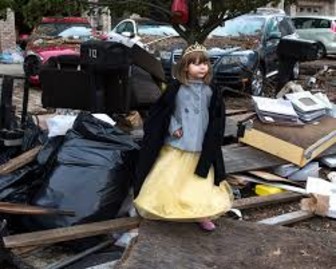 That would change if voters approve Amendment 1 in the May 11 primary election.

The proposed constitutional amendment would expand the number and types of nonprofit groups for which city or county governments could issue tax-free bonds.
Eric Crouch, the former Husker quarterback and spokesman for the Yes on 1 campaign, said the change would help communities because nonprofits could put more of their money into their work.
Interest rates on tax-exempt bonds typically are 2.5 percentage points to 3 percentage points lower than traditional loans.
Passing this amendment will open the door for many projects that otherwise wouldn't be thought of because an organization may have come up short on funding, he said.
Jeff Yost, president of the Nebraska Community Foundation, said the responsibility for paying off such bonds would fall on the nonprofits. If the nonprofits default, it would be the bond purchasers who lose money.

TheÂ Social Enterprise Law Association (SELA), founded by Bea Hinton and Thea Sebastian, is aÂ student-led organization at Harvard Law School designed to connecting the rift between the private and public sectors, while offeringÂ a space for students to transform their ideas into initiatives by applying their newfound legal skills to build meaningful careers.

Nonprofits could get new tool